Origins, Wizards, and Worlds Other Than This – quick reviews

I’ve been behind on my planned reading…for reasons…but with this cold snap/polar vortex/thing known as “winter” going on here, I figured it would be an opportune time to catch up.

First, I did, indeed, finish reading Where Are You Really From? by Tim Brannigan. 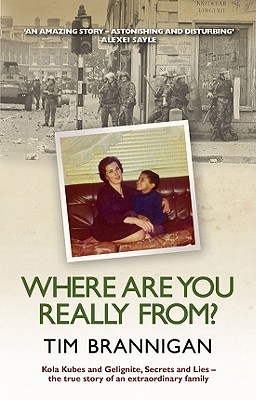 Just a few pages in, and you realize that you’re reading a very unusual memoir. First reaction: “Holy crap, his mother faked his death?!”

On Goodreads, I posted: Tim Brannigan offers up his memories of what it is to grow up black and Irish in Ireland in the latter half of the 20th century. Racism, family secrets, and run ins with the IRA that lead to a stint in prison dominate Tim’s life. Born of a short, adulterous affair, his mother, Peggy, planned an elaborate ruse that faked Tim’s death and landed him in a children’s home. Later, she “adopted” him, and raised him along with his brothers. His family was staunchly republican; members of the IRA would store weapons in their home and use their bedrooms for private meetings. One such weapons dump, however, landed Tim in jail with a 7 year sentence. Only after his mother’s death does Tim, with the urging of his station fellows, look for his father. “Where Are You Really From?” explores race, nationality, and family ties in a time of upheaval. Short read, recommended for people interested in the IRA, Sinn Fein, or what it means to be black and Irish.

So, there’s that. Also, his father? Kind of a [redacted].

There was a fantasy series I started reading a couple of years back, Rouge Agent by K. E. Mills. I recently read “Wizard Undercover” 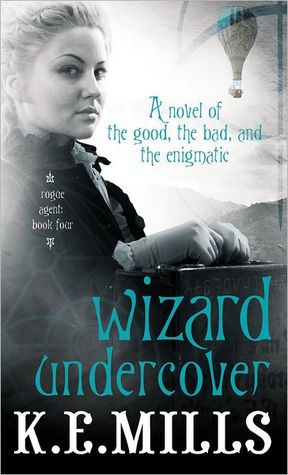 and found it sort of…meh. I wrote on Goodreads: Gerald Dunwood is back, and if you haven’t read book #3 recently, you’ll be confused as to what he’s back from. The rogue wizard with the slightly evil grimoire inside of him is tasked with attending a historic wedding event to stop the sabotage of it. Along with his friend, Princess Melissande, and the love of his life, Emmeribiblia (sp?) Markham, they portal over to the festivities in disguise, and that’s where the (usual) fun begins. Blood magic, death curses, missing agents, and poison crab puffs cannot stop our heroes…or can it? Decent, typical read that wraps itself conveniently in the last handful of pages, solves nothing, and leaves itself open for another sequel.

I often browse lists of books that claim to be listing the “next best thing” and make note of which ones sounds remotely interesting. I picked Michael J. Sullivan’s Hollow World 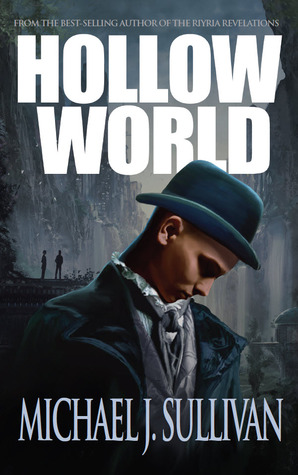 based on one such list, and I was NOT disappointed. On Goodreads, I offered up this short review:

Well! Ellis Rogers is handed a death sentence by his doctor. Deciding that he has nothing left to lose, he leaves his notes on the time machine with his best friend, and hits the button. Ending up 2,000 years in the future, he happens across a ghastly murder in a society that does not understand things such as death, war, greed, and disease. Within days, he stops another murder, becomes a celebrity, is cured of his deadly disease, and uncovers a chilling plot against the people of Hollow World that has its roots in his past. Points off for heavy-handed treatment religious themes in the last third of the book. Also, points off for heavy handed discussions of socialism and gender/sex roles but, ultimately, I enjoyed this book immensely. Convenient plot is convenient, and plot twist in the climax gets foreshadowed maybe halfway through the book, but it still makes for good reading.
It’s a bit more nuanced than I make it out to be, and attempts to tackle many issues of humanity that have plagued us pretty much since the dawn of humanity. Sullivan doesn’t deliver quick and easy answers, nor, I think, should he have to. We, the people, have to figure these sorts of things out for ourselves. I do suggest checking this book out, however, and spending a day or two immersed in a world that manages to be completely different while remaining the same. Also, humans kind of suck.
Just this morning, I started reading Sister Mine by Nalo Hopkinson. Conjoined twins Makeda and Abby, later surgically separated, have to find their way in the world, Abby with a limp and Makeda with no mojo. Magic, secrets, mythology, and why am I still typing? I have a book to read!
Share this
0 likes
Related Articles