Have I got a few books for you!

A Cast of Stones (The Staff and the Sword #1) by Patrick W. Carr 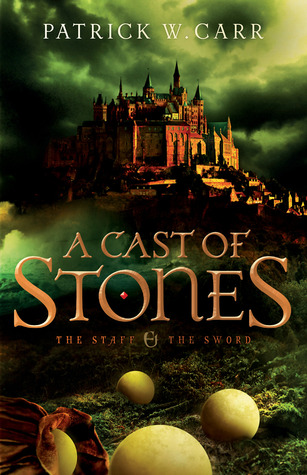 Errol Stone is the village drunk. He works only when there is coin to be had in order to drink more. At age 18, he is smaller than average, orphaned, and illiterate. When a church messenger rides into town, Errol volunteers to deliver the letters to the intended priest. On the way, he encounters an assassin, and his life swerves off course. Typical epic fantasy. Orphaned, unloved child with a hard knock life? Check. Vague prophecies and secrets? Check. Massively important job that only main character can do that will save the world? Check. Romantic interest that is so far out of MC’s league, they’re on another planet? Check. Enjoyable, but the ending of the book (first in a series) feels rushed and unsatisfactory. 3 stars. Get it from the library, or when it’s available for FREE DOWNLOAD.

Sierra Santiago is an artist. A young Puerto Rican with strong ties to her community, she plans to spend her summer painting a mural. When another painting appears to cry, she realizes that something strange is going on. Her grandfather’s friends are shadowshapers and they are beginning die. Drawn into the world of magic and legend, Sierra hunts for the killer and wielder or dark magic while learning to wield magic of her own. With the help of her friends and older brother, she finds the missing puzzle piece that will save them all.

Absolutely beautiful story. Sierra is Puerto Rican, her friend Robbie is Haitian. Two of the girls in her group are in a relationship with each other. There are no drugs, no gangs, no guns. These are things you rarely see in YA fiction, specifically YA fiction that centers on POC. Older also manages to work in rants against anti-Black racism, gentrification, and stresses upholding our traditions. 5 full stars and hopes for a sequel. Buy it if you can, support your local library if you cannot. 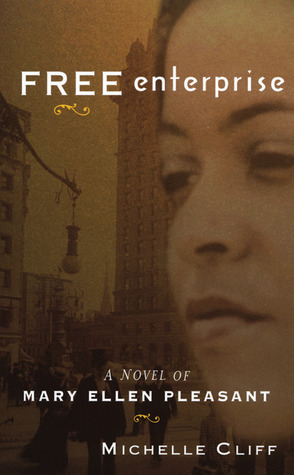 Less a novel of Mary Ellen Pleasant and more a collection of interactions, “Free Enterprise” is, nevertheless, an excellent book. Told almost in reverse, it begins with a woman (re)named Annie Christmas, who has made her home on the edge of Carville, LA, near the infamous colony of lepers. From there, a the story of a pair of cousins, Alice and Clover Hooper, is related. The reader is taken on a wondrous, often disjointed voyage that mixes United states and Caribbean history with African Diasporic mythology. Examinations of race, religion, and economy are made. Mentions of the original Annie Christmas, Nanny of the Maroons, and various African gods. The reader is given information about the Arawaks, the Carib, and the legend of John Brown. M.E.P, herself often a “hologrammatical man” as a visitor, who would be known in the future, years past her death, as “Detroit Red.” 3.5 stars for failure to remain linear or focus solely on Mary Ellen Pleasant. 4.0 stars for the teaching moments, the lyrical, historic recountings, and generally being a thought-provoking journey.

Daughter of Gods and Shadows by Jayde Brooks 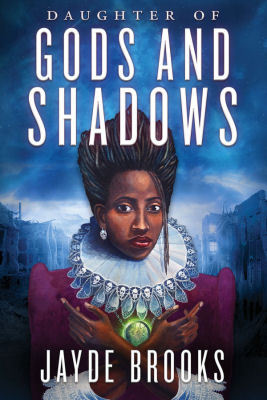 First impressions: IMAGERY, WOO! Eden is..lok, she’s been learning about her “purpose” her entire life, so she’s surprised..why? Khale..an unflattering word. Demon King is “file not found” and Prophet? Harsh treatment, dude. And what the hell does the cover have to do with the contents of the book?

Anyhow… If there is any series I wished was finished before I started reading book 1, it would be this one.

Eden has been told from birth by her caregiver, Rose, that she is the Redeemer reborn, the only one who can save Earth from a soon-to-be reawakened Demon named Sakarabru. Eden can see the true forms of Ancients, alien beings that have hidden in human skin for 4000 years after the fall of their world, Theia. Khale, who deserves the title of [insert unflattering word here] is the original Redeemer’s mother, and the leader of the Ancients, once worshipped as a god. Eden is, understandably, frightened and insecure and attempts many times to run away from her “fate”. Insert shapeshifters, races that can be likened to fae, a zombie army, a giant angel-bird man Guardian, and a few graphic sex scenes, and you’ve gotten urban fantasy taken to the next level. Many of the characters are described as having brown skin and wear dreadlocs, which is a big draw. Some parts feel just a bit rushed, and certain romance is based more on ” destiny” and the rebirth as opposed to actually developing naturally. The book is a page turner, and worth the read. Plan to read the next book, as well. I give it between 3.6 and 4 stars. Buy it if you can, or visit your local library and make them buy it.