Love, War, and Other Horrors

So.. I’ve been reading. A Lot. And then National Poetry Writing Month happened, and then I started making jewelry pieces for the summer collection and having a clearance sale, and I sort of..forgot? to update the reviews. Whoops.

Fair Play (All’s Fair #2) by Josh Lanyon  showed up in my email from Overdrive for libraries. 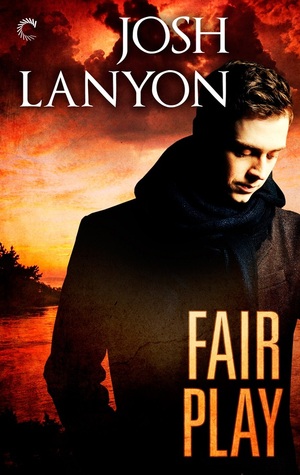 I’d forgotten I’s slapped a hold on it. But I read it, and..

Tucker and Elliot are back with a case that’s closer to home. Retired from the FBI, Elliot has followed in his father, Roland’s, footsteps and become a college professor. Roland, however, has a past as an anti-war activist. When Roland’s home burns down as a warning not to publish his memoirs, Elliot springs into action, dragging Tucker along with him. (Lots of moments were spent asking, “Elliot, what are you doing?”) Through it all, Tucker and Elliot find time to renew their promise to love and cherish each other. 3 stars.

And then Home (Binti #2) by Nnedi Okorafor arrived! I’d pre-ordered the Kindle version (and then won a doodled copy in a contest by Afriware Books!) 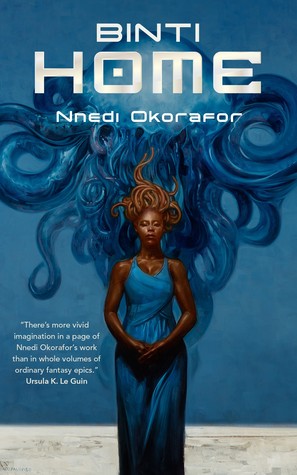 Binti Ekeopara Zuzu Dambu Kaipka of Osemba (I LOVE her name!) has spent a year on Oozma Uni. Due to bouts of rage she cannot explain, coupled with nightmares and panic attacks that stem from the trauma she experienced as every human on-board her transport was slaughtered, decides that it is time to return home. She intends to undertake the pilgrimage to cleanse herself. Rather than a joyous reunion with her family and friends, she and Okwu, her Meduse companion, are attacked. Binti learns a family secret, and awakens in a way no one could have expected. The ending is not a true ending, but a setup for part 3 of the series, which I NEED. This also a story about change, acceptance, and rejection of that which you do not understand. 4 – 4.5 stars (because it’s just not long enough, dang it, but there IS a part 3 coming.)

I browse the free section a lot in the Kindle store, and am subscribed to a couple of newsletters that show me free and discounted ebooks. I also have an extensive wish list.) I, for the life of me, cannot remember if this was a free download or a gift, but Earthrise (Her Instruments #1) by M. C. A. Hogarth intrigued me because the cover showed a brown femme person with braids. 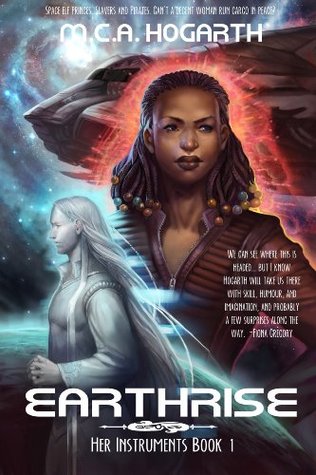 Captain Theresa Eddings of the Earthrise struggles with her crew to stay in the black as a trader, merchant, and transporter. When her mysterious benefactor gives her the task of rescuing a spy – a member of the reclusive Eldritch race – from the hands of slavers in exchange for forgiving her debt, Reese seizes the opportunity. Along with her crew of Pelted peoples, she jumps into action, rescuing Hirianthial, and descending into a world of trouble. Much more enjoyable that I imAgined it would be. No romance, lots of action, and a warning for the squeamish, mentions of Pelted sex, incest, and slavery. 3.5 stars for a couple of confusing/clunky transitions, with an interest in reading the sequel.

I HAD to read the sequel, Rose Point (Her Instruments #2) 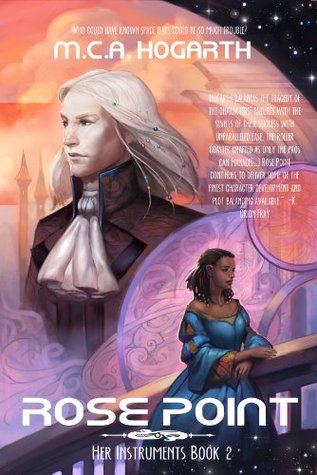 Book 2 (one does not have to read book 1 to follow along, but it would be helpful) begins with Captain Theresa Eddings – Reese – leading her crew to a distant planet to establish trade. Hirianthial, resident Eldritch, is attacked and imprisoned (again). The crew of the Earthrise moves to save him, just as powers he did not know he had awaken violently. He decides to return home, and his companions follow. There, on the xenophobic planet of the Eldritch, they are thrown into political warfare and are faced with some difficult decisions about safety,loyalty, and love. Warnings for (implied) rape, (implied) incest, xenophobia.

… which lead to book 3, Laisrathera (Her Instruments #3) 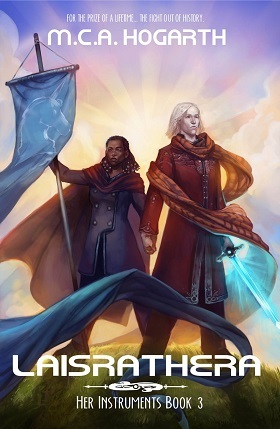 Hirianthial awakens after falling victim to his brother, Baniel’s violence to find that his captain, Reese, has stayed behind on his home planet, in the midst of a civil war, to rally the resistance and gather information to turn that tide. Meanwhile, Reese has gathered some surprise allies and attempts to beat Baniel at his own game. Problem is, no one has imAgined just how deep Baniel’s machinations go. Hirianthial and Reese must survive the seemingly impossible tasks set before them, all while finally figuring out what they truly mean to each other, and finding out how flexible the definition of family really is. Warnings for implied/nongraphic raped torture, decapitation, gore, incest. A fitting end to the trilogy. I’m not crying..I swear!

And then there are those books, like Lucifer Eve and Adam: the Absolutely True and Completely Honest Story of Creation by Peter Wilkes , Catherine Dickey Wilson 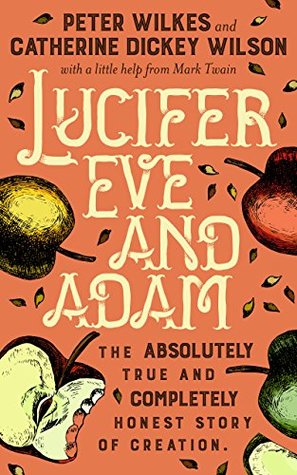 which I’m pretty sure I downloaded for free.

What if everything you thought you knew about Creation was wrong? In this book, another view of Eve, Adam, Lucifer, and God is offered. Often aiming for comedic, it sometimes settles for crude and. To read this, one must have an ability to imagine themselves and their actions as part of something “grand.” Short read, a few chuckle worthy moments. 3 stars.

The Last Librarian: An AOI Thriller (The Justar Journal #1) by Brandt Legg was gifted to me from my wish list. 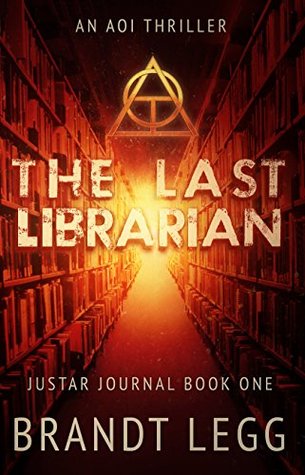 Runit Happerman is the last librarian of the last brick and mortar library with real paper books. He is informed the the library will be closed, and the books burned. Almost instantly, he is recruited by his friend, novelist Nelson Wright, to carry out a dangerous plan to save the books. On a different end of things, various factions begin to move, some to save the world, and some to destroy it. Runit learns terrible truths about the peace he lives in, his life’s work, and his own family. His son, Graydon, enthusiastically joins him in an effort to start a revolution. The premise is interesting, but the execution leaves a bit to be desired. Too much unnecessary exposition bogs down certain parts of the book. Too much of an effort is made to keep the reader in suspense, leading to contrived plot twists. No plans are made at this time to read the sequel. 3ish stars. It just didn’t live up to my expectations. 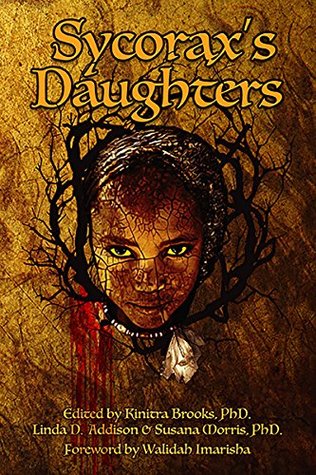 Sycorax’s Daughters are us. We are the saviors, the monsters, the witches, the the magic personified. Billed as horror, some stories fall under the speculative umbrella, and leave the reader with thoughts to ponder. Others leave the reader inexplicably chilled and turning on every light possible. Poetry is interspersed and offers views on love, death, and redemption.

Another book I downloaded for free, Queer Magick by L.C. Davis, had an interesting premise 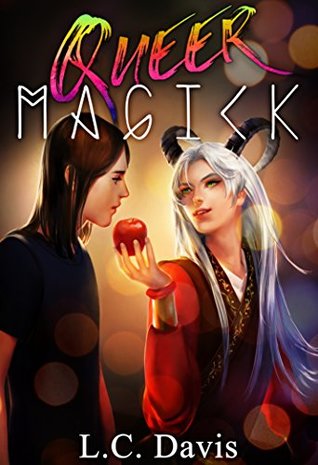 but fell a bit short. Holden moves to a new town, hoping to make a nice, normal, forever home and finally put his past to rest, but immediately breaks his biggest rule: no witchcraft. Daniel is a sour veterinarian who suspects Holden of unsavory deeds and is half in love with his best friend, Nick. Nick is part of the clan that rules the little town, with a closet worth of skeletons just waiting to be discovered. Witches, demons, shapeshifters, and angels prowl Stillwater and it’s edges, and Holden is smack in the middle of the coming storm.. Decent read. Abrupt ending without resolution of the main plot. A second read through by a copy editor would benefit a second edition. Lots of queer men and masculine-identified people. Few women. Zero people of color.

That’s all for this round. I hope at least one of these caught your attention. Now, go and read something…because Sumayyah Said So.